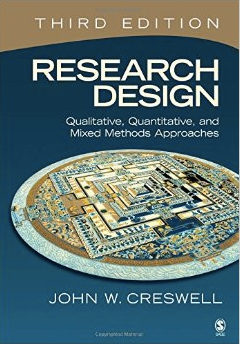 Creswell says that researchers place signposts in their work that help others to recognize the purpose of the study and the research questions or hypothesis being investigated.  In qualitative research researchers state a central question and then generally follow with a set of associated subquestions. Central questions need to be broad and asked around a central phenomenon or concept of study. Creswell say a researcher should ask themselves, “what is the broadest question that I can ask n a study”.  Qualitative researchers then seek to explore the complex set of factors surrounding  this central phenomenon. Is is recommended that the researcher ask 5-7 subquestion in addition to the central question.  The central question to they study needs to be linked to the specific qualitative method if inquiry. Creswell (pp.140) gives three examples of how the central question should connect the the method of inquiry. In the ethnographic example he explains how the question has been linked to a large body of literature and is used as a working guideline rather than an absolute truth. In the phenomenology the question is linked to the central idea of the research but is not based upon an prior literature. In the grounded theory example all questions are directed toward theory development or pattern recognition.

Creswell then discusses that tentative language that should be used when writing qualitative questions. The questions should begin with ‘how’ or ‘what’ which convey an open ended design and emerging design. The use of ‘Why ‘ should be avoided as it suggests that researcher has an agenda,  or is basing research on cause and effect thinking.  When further developing the question exploratory verbs need to be used, verbs like ‘affect’, ‘influence’, ‘impact’ ‘ determine’ and ‘relate’ (pp.141).

Several question samples and opportunities to write practise question are then given within the text. Two take aways from this section were that the use of verbs lead to suggestions, not definite conclusions, and questions will evolve, change and develop over time as the research develops.

The remainder of the chapter spend time detailing both Quantitative and Maxed Methods question design. Specific detail on how to create a hypothesis or quantitative research question is given, the essence of the qualitative question is that is it based in literature or in the research of others, and that it allow for the comparing of variables. On Page 143/144 3 basic approaches are described on how to address variables. Researchers can either compare variables, relate variables or describe the relationship between variables.

Like most chapters in this book, it is very practical and will make greater sense once applied. I expect I shall have to revisit this chapter many times during the coming 4 years.

Phineas Mason – aka The Tinkerer